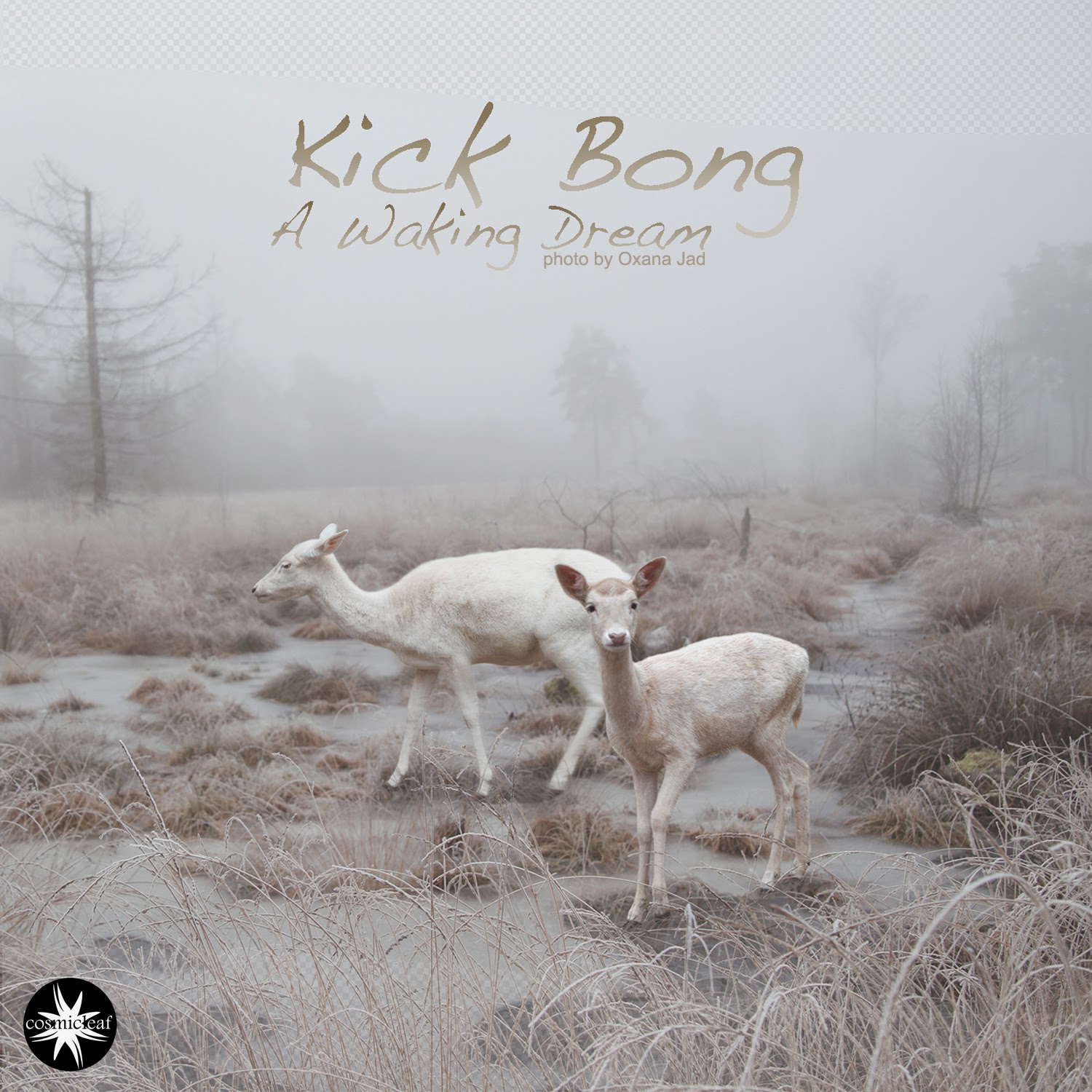 
What I've always liked about Franck's releases is there always a little different and this release moves even further afield from the Psy-Chill of earlier releases than the more recent. The title and artwork of white deers in a misty winter setting conjure a feeling of soft ambience. The music on the other hand although reflecting this is also balanced with a bouncier feel and darker edges.

The opening track “The Beginning” starts in a field recording manner with a gentle running stream and gentle keys, but is soon joined by deep bass chords and a twitchy IDM beat. However, it doesn't stop there halfway through it shifts gear and sets a tone for the album in the sense there's a lot happening in the track, yet , at no point seems out of place i.e. an almost but not quite industrial techno loop is injected overlapped by a peaceful flute.

This trend of bouncy ambience continues with some nice vocal samples in “Smooth” while “Happy Faces” contrasts deep atmospheric synths with builds that border on house and the production starts to bear some resemblance to Bluetech. The next track “Electric City” is reminsicent in places of Vangelis and Cybotron giving a more spacey feel to the album and the sense that you're travelling to conciousness.

The next few tracks drop the tempo as if you're drifting back into the dream. The title track for example is a lovely guitar affair extremely reminiscent of the Cure. While “I'm Still Sleeping” starts with a vocal sample I could easily imagine in Bazoo Bajou's “Keep Going” while the drums are more reminiscent of the Cure's “The Empty World” with a synthetic marching band feel interjecting the ambient sounds. Again there's a turn of pace with a techy driving backdrop counterbalanced with flutes and again nothing sounds out of place.

The theme of the album then takes the dream firstly into space, followed by sadness in much the same manner of bouncy ambience with a turn of pace before reaching the nightmare of “The Midnight Hour” which starts in an ambient techno manner with lots of little overlapping loops and a wonderful guitar once again reminiscent of the Cure. Then unexpectedly comes a vocal intro sample from probably the most famous “Spooky” pop track of all time. I wasn't 100% sure it worked but it did allow for that turn of pace and too be honest I think the track could well be extended from there.

All in all I feel this album will probably take a few listens to really appreciate fully, as there's plenty going on within the tracks and the production is high quality.