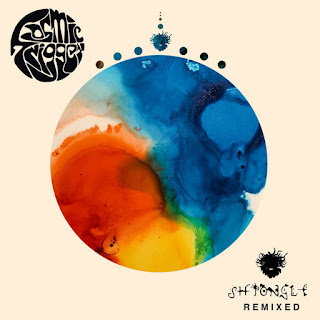 Anyone with any inkling of the Psy-Chill scene will be aware of Sphongle the down-tempo project of Simon Posford and Raja Ram. A project that created a cult like following of their releases and live shows.

Jamie Grashion A.K.A. Cosmic Trigger is the latest addition to Twisted Records roster of artists. After working with mulitple artists as an engineer in Youth’s studio before becoming Simon Posford’s assistant. After impressing Simon with his work on the Red Rocks tour in 2019 he offered him the opportunity to re-mix some of their tracks.

This selection of six tracks begins with ‘I am You’, where he drops the spoken word of the original and instead places the focus on an ambient intro soom accompanied by a guitar loop. Before twisting the fx and bending the pitch and slowly but surely letting the track loose. At twice the length of the original it’s an interesting alternative that is extremely well produced. Next up is ‘Nothing is Something Worth Doing’ and where the original (as the title suggests) was one suitably designed for listening in a hammock. Jamie flips the coin adding a vibrancy without adding pace, whilst keeping the elements of the original.

Moving on to ‘No Stone Unturned’ while the folk like vocal is dropped and more up-to-date psychedelic style applied you can still feel the vibe of the original in the under current. On ‘How the Jellyfish jumped over the Mountain’ the original chilled intro led to bubbling fx, a bit of drive and that flamenco break. Here the brakes are applied and once again creates the polar opposite for the ears of the listener.

There is no change to this approach with ‘Juggling Molecules’ where the original started chilled and dropped once again, after the percussive crescendo. Here the percussion starts from the off, then hits harder until the finale where it all comes together in a spectacular fashion. The original ‘Aquatic Garden of Extra-Celestial Delights’ was a slow burner that covered some length. Here your instantly taken off on a melodic ride that’s highly enjoyable, before it drops hard, dark and suitably twisted, nothing short of pure excellence.

Sequentia Legenda 'Beyond the Stars' Review 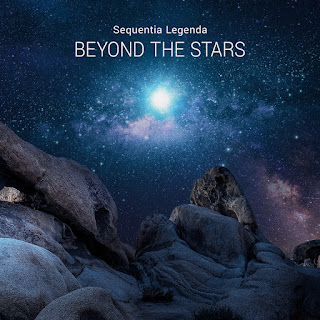 Laurent Schieber continues to create his productions in the style of his musical heroes of the Berlin school of electronic music, utilising the classic synthesizers sounds of the Moog, Jupiter 8 and Arp Odyssey to name a few. He also emulates the likes of Klaus Schulze and Tangerine Dream in the length of pieces with these three tracks covering over an hour of recording time.

The first piece ‘Experimental’ features sequenced loops very much in the fashion of Tangerine Dream and you’re in for the long haul before those angelic voices make an appearance. There's an equal balance of sequenced loops over lush synth waves the on the second track ‘Float Among the Stars’ which is the shortest of the three at just under 15 minutes. Whilst the brakes are applied to the finale ‘Beyond from the Beyond’  which unfurls little sequences across a lush ambient undercurrent that rises and falls slowly as the piece progresses. This is a journey into space that’s in no hurry so sit back and enjoy the sound that Laurent bathes you in.

You could argue there’s nothing new about this release. However, it’s not meant to be. It’s simply Laurent’s passion to emulate his heroes that shines through in his productions. To be honest it’s not far removed from the current Space Ambient scene, except for the lack of the four by four basslines often employed.

Available in CD and digital formats

Labels: Beyond the Stars, Sequentia Legenda 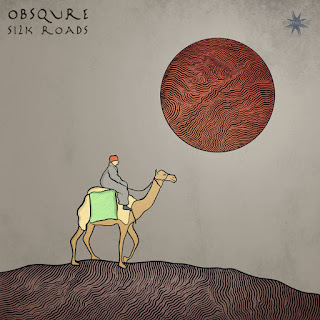 Taking a step back from recent forays into Future Garage, Obsqure returns nearer home with this new single and once again conjures up a magical soundtrack of the Middle East.

Opening with ‘Mamulks’ here he provides a perfect balance of deep piano chords, shuffling rhythms and eastern flutes. Whilst, the following piece ‘Dusk’ contains all of it’s predecessors elements and charm, he injects a faster bassline to carry the journey onwards.

Last but not least, the title track is as it suggests yet again another eastern gem. Slightly lighter on the piano and settling somewhere in pace between the others. All in all a wonderful musical excursion that is a pleasure to the ears. 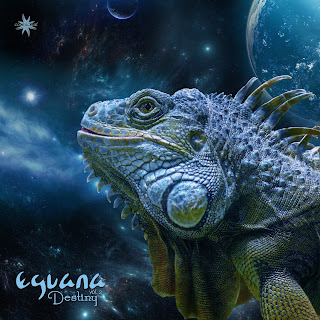 Over the years I’ve encountered people with all kinds of tastes in music and growing up I had friends who although were into sci-fi, held the view electronic music wasn’t real music. I never got my head around this as the atmosphere synths provided for these soundtracks could provide atmospheres of weightlessness in space as well as dramatic suspense. This Russian producer excels at those atmospheres in his space themed compositions so I had high expectations with the second chapter of Destiny.

When the mood grabs you to listen to some space ambient this collection will certainly do the trick. It’s the kind of album you really want to listen to from start to finish and not necessarily one that’s easy to pick a favourite. If I was pushed I would probably plump for ‘Negative Charge’ which features some appealing synth sounds that flow lovingly over the sequenced sounds beneath. However, nothing on the album disappointed me and each track has it’s own appeal. 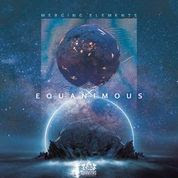 The debut album from Equanimous features collaborations with 11 artists over 9 tracks that aims to bridge blissful melodies and organic sounds with rhythmic bass. Personally, I found this album a bit of mixed bag, at times it had a pop edge which in all fairness will probably appeal to a wider audience.

However, that said there are still goodies in this bag that appealed to me. The opening track ‘Arise’ with Skysia for instance leans slightly less on the bass than some of the others and features melodic piano and angelic voices. Whilst, the oohing meanderings of Cyndy Fike work well juxtaposed against the tribal rhythms of ‘Dreamality’ a collaboration with Bass Looper. 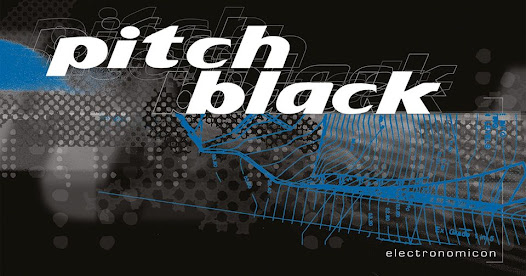 First released on 7th September 2000, “Electronomicon” shows Pitch Black developing their deep dubby sound further by creating long and involved song structures that traverse a range of sonic experiences. The resultant album journeys from organic ambience and layered soundscapes to skanking keyboards, cutting acid riffs and thumping rhythmic grooves, with dub being the glue that holds it all together.

“Electronomicon” reached 28 in the New Zealand album charts and led to a sell-out 30-date tour of New Zealand and Australia. It has since gone on to become one of the duo’s most popular albums, regularly finding new fans around the world.

To celebrate the 20th anniversary of the release, the band dug out the original audio files and Angus McNaughton has re-mastered them for the vinyl release. Hamish Macaulay has also adapted the original artwork, creating a brand new collage for the centerfold out of pictures taken at the time.

"Electronomicon" comes out on vinyl only from select stores (see the facebook event for a list) on Saturday 26th September. After sixteen years two of Cosmicleaf’s longest running artists, that are widely known and respected in the chill out scene, have finally come together in the studio to produce a melodic fusion of post-rock and minimal techno single.

The title track ‘La Nuit’ is a synth driven piece of four by four techno that fuses post-rock guitars with melodic riffs that carries you along a wonderful journey through this night. Whilst surprisingly I found the flipside ‘The Day After’ begins darker and slower, although it’s a builder that contains melodic elements and after a sultry French female vocal intro, takes off with ethereal voices.