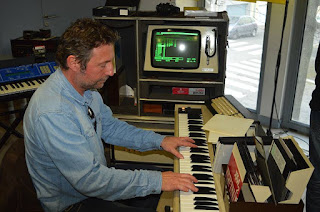 You have made it no secret that your music reflects the Berlin School sound especially the productions of Klaus Schulze. When did you first come across this form of music and why do you prefer to emulate this style rather than other genres?

The comparison with Klaus Schulze is often referred to, which quite satisfies me. Klaus Schulze was a pioneer with a new musical approach. I appreciate his work. He is without any doubt one of the symbolic figures of Berliner Schule, and he has been a true revelation for me.

It all started while listening to Klaus Schulze's 'Mirage' album, when I was fifteen. I instantly fell in love with this music. That's how my passion for Berlin School developed. I then began to play on synthesizers.

Cosmic Music is a passion. It's a true delight for me to compose and my mind is out of this world during a composition session. I like to share my emotions in my music, give a little bit of dream, allow the listener to relax and escape this world in turmoil where everything goes too fast and where standardization reigns.

Considering the size of the synthesizers and the complexity of creating a basic pattern in the 70's the time saving of soft synths is probably no more applicable than here. To re-create the style do you use hardware, soft synths or a combination of the two?

The Arturia V Collection is a working tool I often use and the Minimoog V is without a doubt one of my favourite VSTs. After collecting many hardware synthesizers, my current compositions are now built with VSTs. I might buy hardware material again in the future though, especially if I have to deal with stage performance.

Your track 'AU REVOIR' appeared on the compilation album 'Legacy and Evolution: A tribute to Edgar Froese' what did it mean to you to be a part of this tribute to the man who stayed with Tangerine Dream through various changes in the line up till his demise? 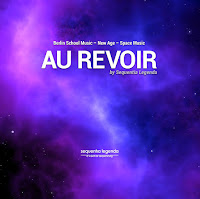 I was honoured and fortunate enough to have Rebekka Hilgraves propose me to be part of her project dedicated to the memory of Edgar Froese. Her project was almost over when I was approached and I had only a few weeks left to get to the final version of the composition that was to become 'AU REVOIR'.

I felt the urge to pay a tribute to one of the forerunners of Berliner Schule. Edgar Froese was instrumental in the development of electronic music. Many thanks to him.

Your début album 'BLUE DREAM' was released last December could you tell us a little about the release and how it came about? 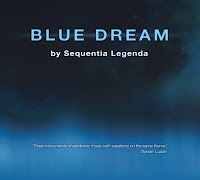 My first record 'BLUE DREAM' was finished in late 2014, sixteen months after starting the project. I am a demanding person, which explains partly why it took me so long to get to the release of my first album.

I am thrilled and proud of the result, the amount of positive feedback from listeners and reviewers encouraged me to keep on exploring this realm. I was lucky to make my dream, a blue dream, come true.

This was followed shortly after with the single 'AMIRA' what was the inspiration here and how does it differ to the tracks on the 'BLUE DREAM' release? 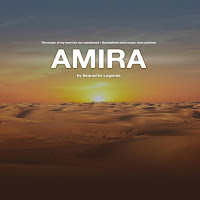 For the story, I composed in honour of my wife, and for our wedding celebration, a piece that was soon to become 'Amira' Short Version, the opening track on my second album, 'AMIRA'. This album is in the vein of the music I composed for 'BLUE DREAM'. A few strings came to support the orchestrations.

I also like 'Somewhere' very much. Whatever the pieces, each has its own story, its specificity. I like what I do and I want to do it the best I can.

My influences are multiple and can be found in an image, a sound, an atmosphere, an emotion. I like to draw inspiration from novels, legends, pictures as well. I enjoy anything with mystical, mysterious, nostalgic and imaginary sides.

Are you working on any material currently as Sequentia Legenda or any other projects?

I am currently working on a new project entitled 'EXTENDED'.


'EXTENDED' will be a double-album with five or six tracks. Some pieces will be long versions from 'BLUE DREAM' and 'AMIRA'. The single 'AU REVOIR' in its long version will also be part of this project. The pieces were re-orchestrated, remixed and remastered, longer versions allowing the listeners to immerse even more in the atmosphere and to fully enter my world. 'Solitudes Lunaires' will be one of the two new pieces.

There will be also a first for me: a collaboration with German drummer Tommy Betzler on 'The Approach' and 'Somewhere'. Tommy is experienced with this kind of music since he accompanied Klaus Schulze on stage during his tours, and I am proud and happy that he accepted to take part in this project without hesitation.

For me 'EXTENDED' is an exciting experience on all levels:
musical and human.

The official release of this double-album is planned for
September 2016.

Are there any live shows planned for the future?
I was indeed proposed to perform on stage. Doing a show on stage, including the sonic and visual aspects, is a matter I will think about. I have the will and slowly, I can see how it can be presented. Maybe I would go on stage with Tommy. Who knows? I will ponder further on this question.

What artists currently impress you?
Besides the last and interesting recordings of Jean-Luc Briançon and of the Brückner & Betzler duo, I don't have enough time those days to listen with care to what other musicians do.

I still listen to the classics of Klaus Schulze or Tangerine Dream, or else to classical music and jazz aired on radio while driving, but also to the show of Saturday, 'La Planète Bleue', hosted by Yves Blanc, who I salute here.

My infinite thanks to Martin for this interview, it was a real delight to I answer his questions.

I am really glad to be featured in this blog, I thank each and everyone who will read the interview and I hope they will derive pleasure from it.