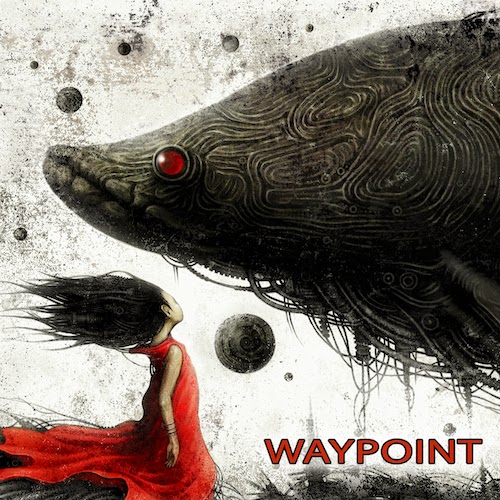 On previous compilations whichever stance Interchill's head honcho Andrew Ross Collins took on a compilation, whether it's reggae and dub, chilled electronica or global bass you could be rest assured that Andrew's selection of hand picked artists which may or may not be familiar to you, would be a blend of the tried and tested with some new discoveries and the result would usually come up trumps.

There's a slightly different approach to this compilation all the artists have previously appeared on Interchill's releases (an Interchill's underground All-Stars if you like) and focuses on creating a sonic journey of contrast within the spectrum of chill out music rather than the similarities.

The journey begins with the Hibernation re-mix of 'Indifference' by New Zealand's psychedelic dance producer Grouch. Which entices you in with an atmosphere of lush synthetic eastern infused electronica transcending into the realms of psychedelic bass music and back. This is followed by Drift's 'Invisible Spirit' which is a contrast within it's self drifting (excuse the pun) between laid back, sun soaked acoustics of a Mediterranean vibe and darker electronic bass notes.

Although from his name Guru Shishya may appear like he's going to offer a Turkish number with 'Rich In Loss' appearances truly are deceiving as the piece is more orchestral chill with a gentle choir and a crescendo of drums and synths towards the end. Next up is Gaudi who manipulation of vintage hardware and modern techniques have firmly placed him as a latter day master of dub. There's no guest mc or theramin scratches in this piece it's a blend of traditional reggae dub with some ambient breakdown's and a touch of Indian percussion in the form of tablas.

The journey turns another corner with Seb Taylor re-mixing one of his previous releases under his Kaya Project moniker 'Dust Devil' under his glitchy ambient moniker Hibernation and spinning rather than turning expectations on their face with a stroke of genius and more than a touch of jazz. Variant Field a collaboration of Amani Friend of Desert Dwellers fame and Alex DeYoung offer a crisp and crunchy piece of chill with a spring in it's step and some nice melodic breakdowns as the title 'Dulcet Dalliance' suggests.

When I first heard the throwback dub of Another Fine Day's 'Walk Tall' as a teaser for this compilation I commented it was so laid back it was almost horizontal and this piece of jazzy piano lounge truly epitomises lazy Sundays. While Austero layer a blanket of Mediterranean beach chill over a surface of IDM beats and Latin vocal samples with 'Fuerza Brutal'.

The album then flows through a trio of contrasting Swedish artists initiated by ambient composer Fredrik Ohr who projects the compilation into the upper atmosphere with his piece 'In Orbit' combining melodic synths, crunchy bass and elongated panned passages. While my favourite dub-step artist Liquid Stranger (although now based in the United States a Swede by birth) continues in the slow deep and bass heavy vein of previous Interchill releases with 'Flipside'. This trio concludes with Sinepearl whose sound is inspired by nature and the forest parties of Sweden and takes a deep melodic trip with 'Cosmic Centre' resulting in a tribal like Tangerine Dream sound.

The journey winds down with a couple of UK based artists Spiral Systems 'Mondays' is a laid back melodic number injected with a sprinkling of Brazilian flavours and acoustic guitar. While Alucidnation gently drops you at your destination with a dreamy melodic piece of chill leaving you content with the memories of your excursion through 'Waypoint' and grateful for Andrew's wonderful selections.