To coincide with his new album release on Liquid Sound Design. DF Tram took some time out to talk about his albums, favourite record store haunts, movie mixes and more ... 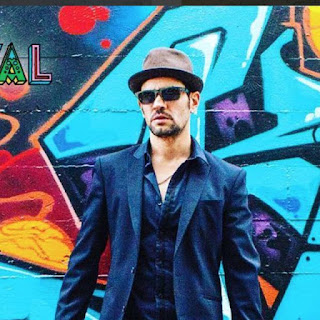 1) Firstly, thank you for taking the time out from your busy schedule to complete this interview. Could you tell us a little about yourself and what first appealed to you about music?

Hi Martin, first off, thanks so much for having me, i'm a big fan of your reviews and DJ mixes.

I've been DJ'ing and producing for over 20 years. I'm originally from Los Angeles but moved to San Francisco about 23 years ago (upon moving to San Francisco I began to learn to DJ and produce). San Francisco is a very inspirational place to be, I never really got into the club scene much but the natural beauty and creative energy there is very strong. It informed my work greatly.

I was also lucky that I lived with my oldest brother there for a while, he had an amazing record collection. He brought me my first DJ mixer, and I would go through his record collection and learn to mix different styles of music, he had everything, krautrock, jazz, spoken word, comedy, minimal music and everything inbetween.I fell in love with music. Being a pretty shy person, it was a great outlet for me and a way to communicate without talking my own words. Furthermore, when I was about 20 years old I broke my neck in a car accident. This incident changed my life forever and made me determined to pursue my musical dream. That is why there is a track called 'Broken Neck' on my new album.

2) You utilise a lot of samples in both your DJ sets and productions. How did this come about and how large is your collection?

Sampling was huge for me, when I first heard music from acts like the Orb and The Irresistible Force I was amazed at how the samples pushed the music even further, creating pictures or movies inside my head. I wanted to be able to do the same, not just to make music but to tell stories.

I have a very big vinyl collection and the biggest part of it is my spoken word and comedy records. When I go crated digging it's what I seek out most. I love the happy accidents that happen with sampling and the way it allows the listener to put the familar in a new context. I'm also a big film fan, so a lot of that comes out in my sampling.

3) As a fan of back of the bucket vinyl rarities, do you have any favourite music stores?

Amoeba in San Francisco is a favourite. I lived very close to there so it was always dangerous. I spent way too much money in there over the years. Some of my favourite records were found at flea markets, charity shops, and small record shops in San Francisco, like Jack's Record Cellar in the Haight/Ashbury district. I even found some great records the other day in an outdoor flea market while visting Split, Croatia. 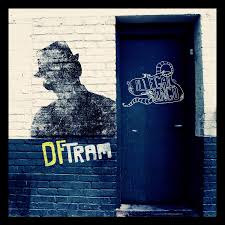 4) Your first album 'Illegal Lingo' was released on Steve Miller's (Afterlife) Subatomic UK label. How did this come about considering you were based in San Francisco?

I was a big fan of Afterlife and one day I contacted him about the possibility of doing a remix for him, he said 'Forget about the remix, how about I produce an album for you?' A lot of the tracks on 'Illegal Lingo' were tracks I'd been working on over the years but never finished, he helped see my vision through. I think it's a modern day 'lounge' album. I think it fits in nicely in the Subatomics label catalogue. The track 'The Idea' from the 'Illegal Lingo' album was my attempt at making an 'Afterlife' sounding track, I think it sort of succeeds in that.

5) Your new album 'Serenitay Infinitay' is an imminent release on Liquid Sound Design. How do you feel it differs from the first?

I think 'Serenitay Infinitay' is more of a diverse album and has a definite psychedelic edge. It is also a more mature album, I think. My love of different styles of music comes out a bit more on this album. There is dub, spoken word, easy listening, comedy, 70's style synth music, krautrock, sound design, progressive rock, hip-hop, lounge/exotica, electronic, folk and of course ambient. 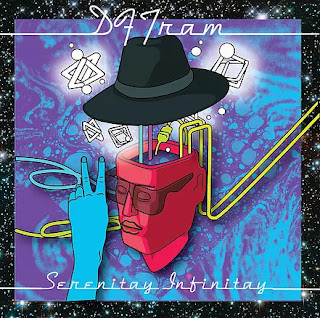 6) You've recently moved to Malta. How do you feel the European chillout scene compares to the States?

I think the scene is much stronger in Europe than in the United States. Here in Europe people have been listening to chill out music a lot longer, so you hear it a lot more in restaurants, bars, lounges, advertisements etc. That is partly why I moved to Europe, my music is better received here, as people are much more accepting of it.

I also just love Europe a lot and always dreamed of being here. Malta is an interesting place. I have to thank Salvatore Muscat (Sequcnchill) for introducing me to Malta. He is the ambient 'Don' there and I'm glad to have connected with him.

7) If you could play at any venue in the world, what would be your first choice and why?

Hmm, interesting question. I love old venues, One of the best places I have ever played was at the Regency Ballroom in San Francisco. You could just feel the history there from all the old bands that had played there before. I'd love to do an audio/visual piece at an opera house or big old theatre one day. Maybe the 'Teatro Colon' in Argentina. I also love festivals an my audio/visual shows seem to do well at outdoor venues.

8) You've collaborated and compiled 'The Great Movie Remix' and 'Stellar by Starlight' Could you tell us a little more about the process and what appeals to you about fusing your mixes with visual movie clips?

Movies had a profund influence on me, and some of my favourite music comes from film soundtracks and scores. I think the visual element adds a lot to the music I play. They just work well together. 'The Great Movie Remix' started off as a DJ mix I created with music and dialogue samples from my favourite movies. I would put dialogue from from one movie over the music of another movie.

An Irish visual artist 'Cal-TV heard this mix and went about finding all the films and movies I sampled and then edited in all the film clips. It's one of my favourite pieces I have collaborated on. It took the mix to another level, it's like a DJ mix but with movies. I liked it so much I did a couple of others with the visual artist 'Video Dub Poobah' ... 'Illegal Lingo' and most recently 'Stellar by Starlight' which features a lot of material from my new album 'Serinitay Infinitay. We just screened it at the Bestival festival earlier this summer.

9) Do you have any up and coming live shows? If so, where can people hear you play?

I am supporting the Orb on their up and coming tour of America. Needless to say this is a dream come true for me. I'll be playing for my hometown, family and friends (hopefully making some new ones too)

Thanks again so much for having me and the support.