Baka Beyond 'After The Tempest' Review 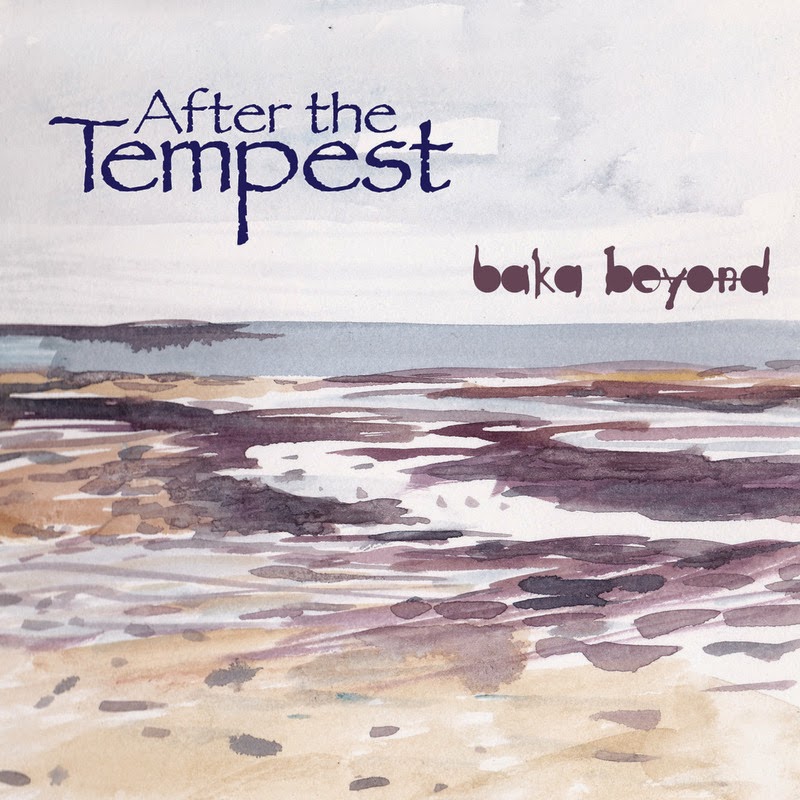 
Album: After The Tempest


Baka Beyond's music came to my attention through the London event Whirl-Y-Gig but they are far from simply a band combining African music with Celtic folk. Their music was inspired from working with the Baka forest people in Cameroon where they have spent several months of each year for over twenty years. Setting up the charity Global Music Exchange to facilitate this vision.

The release begins with 'Sylkie' and those like myself who have read the folklore of the Celtic people will recognise the mermaid like tale of the seals who become human on land. It begins with the lush natural sound of the water drums, violin strings and alluring Celtic vocals before counterbalancing with the guitar and tribal percussion.

The next track 'Heart of the Night' which is based on a traditional Baka song 'Tolo Ko Tolo' begins with some tribal chanting and drumming which is soon joined by the guitar and some lovely feminine French vocals. I'd certainly draw comparisons with African Headcharge at this point. Throw some nature inspired female folk vocals to the mix and all in all it's a lovely track.

'Mosumana Colle' has an upbeat Caribbean feel about it. However, it's another Baka song about a woman crying to her mother about her unfaithful husband. Meanwhile he doesn't understand the problem as he has acted no differently from all the men around him.

The album then drifts through some traditional Irish folk before reaching 'Nangating' a Baka word meaning 'All of us together' where guitar meets, the Baka Mougongo (mouthbow), Su and Ellie's mouth music and the Irish fiddle.

The album also contains music Baka Beyond performed as a Soundtrack for a production of William Shakespeare's 'The Tempest' by David Goff Eveleigh at Penpont House, Wales in 2013. 'Imbaye' a Baka song they recorded and have often used as an encore to live shows since 2000 and a Song penned by Su regarding the tragic and yet inspiring story of Malala the girl shot by the Taliban for encouraging other girls to go to school. If somehow, you missed this story she survived and goes to school in the U.K.

For me I found this cd a lovely accompaniment to a sunny day and especially loved the first two tracks. Combine this with the wonderful concept of the whole Baka Beyond project which is indeed inspiring. The only only downside I can find is I can't help the feeling that would be so much better to experience a live show.