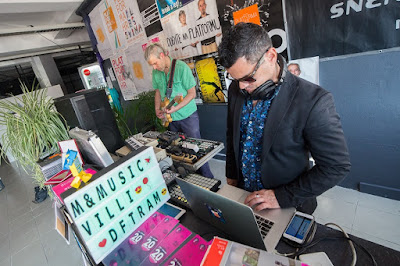 Black Gauge is a recent project between the ambient dj/producer DF Tram and Zagreb based theatrical production engineer Villi. Which at times explores a slighty dark feel to ambient production, reflecting the dark times they felt was approaching society as a whole.

1) Welcome back Dylan nice of you to join us again and hi Villi good to meet you. Could you tell us how you met Dylan and how the Black Gauge project came to fruition?

VILLI: We met in Zagreb, through our mutual friends Mixmaster Morris and Mario Lalich, who hooked us up. One day Dylan came over to my studio, and brought along his recent release ‘Serenitay Infinitay’. We had a nice talk about the world of music while listening to his album. He brought up this initiative to try to make some tunes together, and it seemed like great idea to me. My life was in a turmoil at the time and working on something fresh, with a new kid in town seemed like right thing to do.

2) What was the process in combining your individual parts of the production?

VILLI: We were together in the studio for most of the time. Either in my studio or at Dylan’s place. Both are different and provide different vibes. Mine is more of a ground floor studio dwelling with loads of cables, gear and instruments and a creative chaos vibe opposed to Dylans place which is on the 4th floor with nice view, a very comfortable couch and his setup: laptop, turntables, mixer, synth and a lot of vinyl. We exchanged some tracks over the net but those were finished ideas, these times will probably call for more net based work.

DF Tram: Yes, I think working in our own studios, and basically rotating from one studio to the other, gave us a different perspective for every session… imho jams and productions just sound different, depending on your environment, and going to Villi’s studio gave me the idea for the band name. When I would take the tram to his studio here in Zagreb, the name of the tram line is called “Črnomerec” and when I put that word into google translate it translated to "Black Gauge”, so it fit . 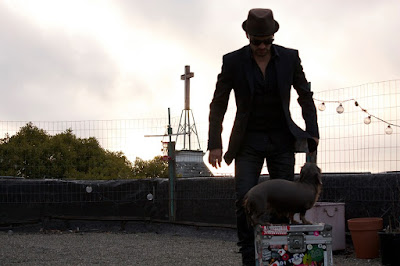 3) In terms of hardware or software did Villi introduce you to anything new that impressed you?

DF Tram: YES! for sure… Villi has a different way of working, and has a very good ear and talent for production. He is a very proficient engineer with lots of experience in theatre. So I think it gave some of our tunes that interesting combination of the theatrical but also very technical; if that makes sense. I’m a bit theatrical myself and love comedy and drama, so I think that comes through in some of our tunes. As far as hardware goes, Villi has quite the collection of tools at his disposal, and was often using different machines or apps… We even used one of his old cassette decks he had for some of the samples… This is a special tape deck made for blind people, that has interesting pitch/speed controls on it, so you can do interesting things with tapes.


4) The album Underhill is already available on Bandcamp, when is it expected to hit the other platforms?

DF Tram: it will be out on May 21st. Additionally, we are also planning a cd/vinyl release in the near future. 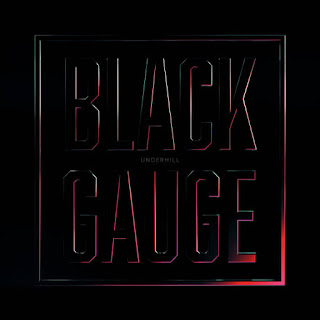 5) Do you foresee this being an on-going collaboration or is it simply a one-off?


Villi: I really enjoy working and performing with Dylan so i see and feel this as an on-going collaboration, we have some nice tracks yet to finish and i hope that soon we find the time and maybe even the place to make some new tracks together.

DF Tram: Yep, what Villi said. In other words, I think this could be the beginning of a beautiful friendship. ?Thanks so much again for having us Martin! Your site is a very valuable resource for artists and connoisseurs in our community, so we really appreciate it!